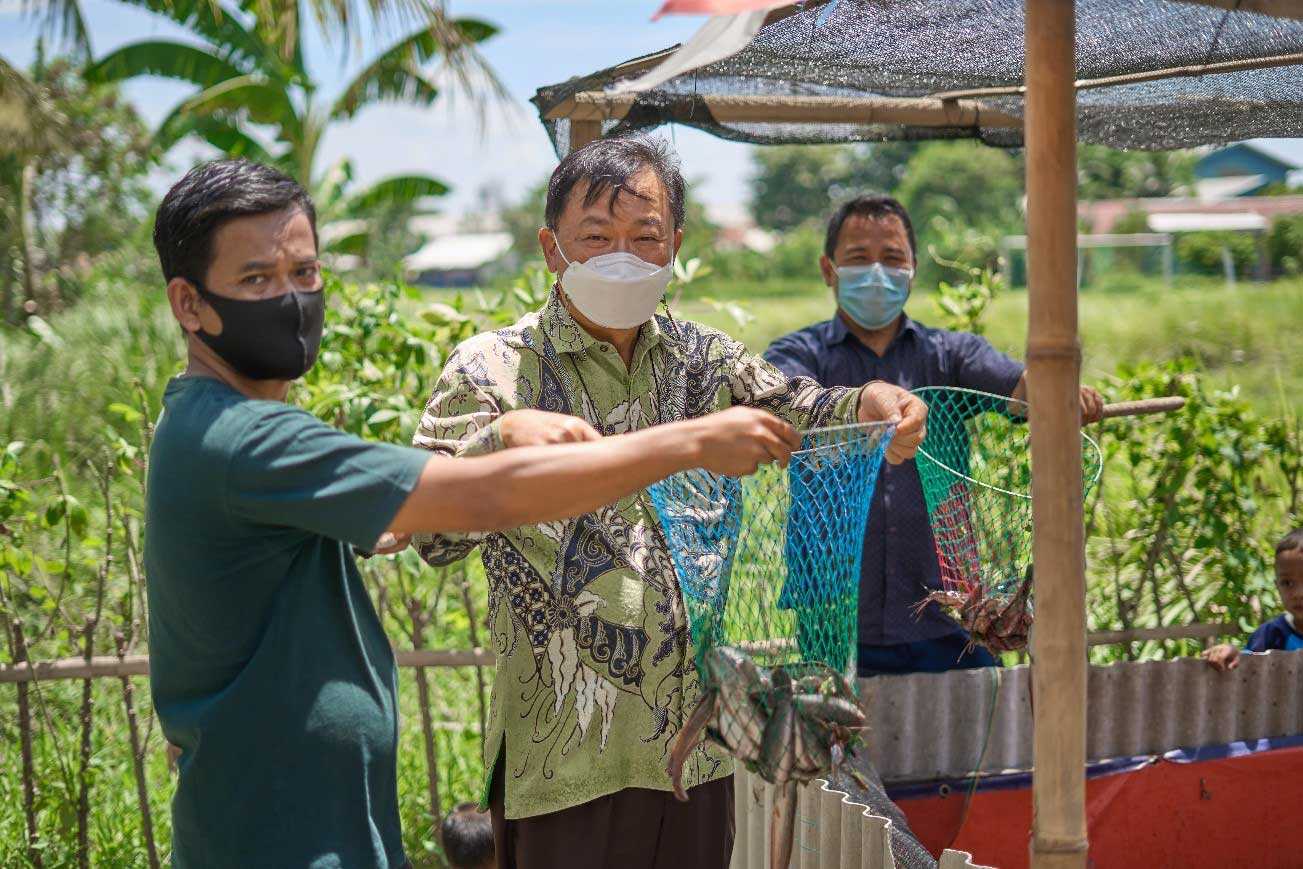 General Secretary of Korindo Foundation Seo Jeongsik (center) and representatives of Komunitas Peduli Yatim dan Dhuafa catching the catfish harvested in a pond owned by the community in Bekasi, Thursday (2/12)

JAKARTA, DECEMBER 3, 2021 – The Micro, Small and Medium Enterprises (MSMEs) financing and mentoring program, which was initiated by Korindo Foundation has come to fruition. At least 2 thousand catfish have been successfully harvested from Kajang Mandiri Sejahtera and Komunitas Peduli Yatim dan Dhuafa, two organizations that became the beneficiaries of this program.

In its first implementation, Korindo Foundation selected two organizations that own a catfish farming business. The catfish cultivation process has started since mid-August 2021. With a capital assistance worth Rp 30 million and a mentorship from Korindo Foundation, they have already experienced results in the three months after.

The Head of Kajang Mandiri Sejahtera Panca Suryadi said that most of the harvest yield has been sold to the pecel lele (deepfried catfish) sellers or to housewives living around the cultivation area in Cikarang, Bekasi. “Hopefully the yield of the next harvest could be more abundant, so that more people can enjoy them,” he said when met following the first harvest, Tuesday (30/11).

Kajang Mandiri Sejahtera is one of the beneficiaries of the mentoring and financing program from Korindo Foundation. The MSME group, that owns a business located in the Rawarengas Village, Kosambi, Tangerang, seeks to help improve the economic condition of local residents through catfish cultivation.

The assistance provided by Korindo Foundation has been used by Kajang Mandiri Sejahtera to build electrical and farming installations, buy seeds, animal feeds, and vitamins. For the cultivation area, they utilize a pond located around the environment.

Through the catfish cultivation, Panca hoped that the existence of Kajang Mandiri Sejahtera could help improve the community’s income. Especially in midst of economic pressure due to the COVID-19 pandemic. “Hopefully the economic wheel can continue on for us and the surrounding community,” he said.

Similar hope was expressed by Komunitas Peduli Yatim dan Dhuafa, that owns a pond in Tangerang area. Some of the yield from the agriculture and catfish farming was given to the residents who have helped with the nursery process.

In addition, the Secretary of Komunitas Peduli Yatim dan Dhuafa Sigit Arifiyanto mentioned that the profit from the business is also focused towards institutions for the orphans and the needy.

In the future, Sigit said, the community would improve the nursery management. “We will try to evaluate so the yield can be more optimal,” he stated during the first harvest on Thursday (2/12). 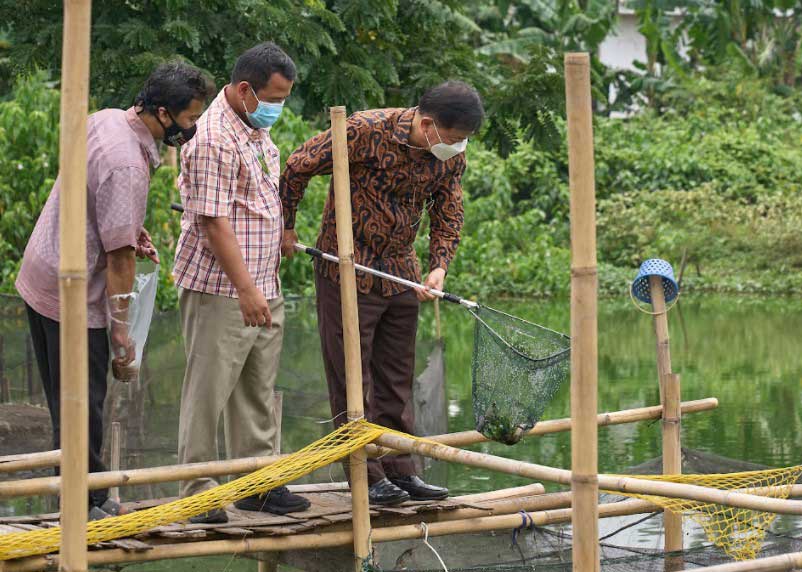 For the past 1.5 years, Komunitas Peduli Yatim dan Dhuafa has been running a goat farming business. In order to expand their business scale, the community decided to develop a business in the field of agriculture and fish farming by utilizing unused land that was previously intended for public facilities in Waluya Village.

The General Secretary of Korindo Foundation Seo Jeongsik hoped that the assistance provided by Korindo Foundation could help the MSMEs going through times filled with pressures during the pandemic. “We are trying to contribute in helping MSMEs in the current situation. Because we realized that the MSME sector has a high contribution to the national economic growth and the welfare of the society,” he said.

Green Sponsorship 2021 is not the first partnership program held by Korindo Foundation. Previously, a number of activities involving active participation from the community have been carried out. Among them are the hydroponics and aquaponics installations on the Ciliwung Riverbank, which involved a farmers group in Pengadegan, Pancoran, Jakarta. (pr)

Toiletries and Sleeping Mats for Victims of Mount Semeru Eruption

Aspex Kumbong Cares for the Health of Pregnant Women, Nursing Mothers, and Toddlers

KORINDO pursues sustainable business and goes one step ahead in respecting all values on the earth.